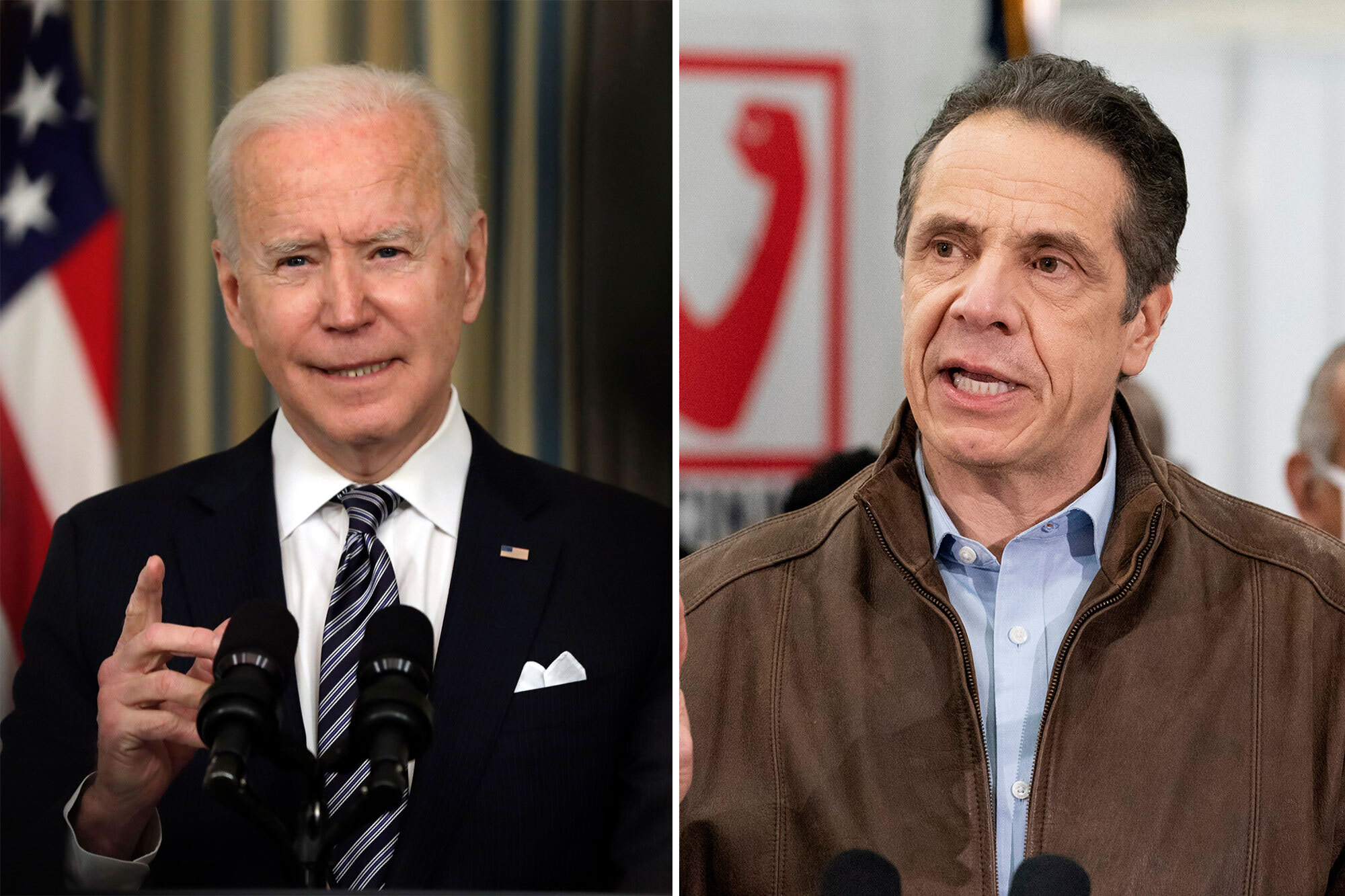 President Biden refused to say in a new interview that Gov. Andrew Cuomo should resign immediately despite multiple sexual harassment allegations — even as a growing number of prominent Democrats call for him to step down.

Biden was asked about the scandal by ABC’s George Stephanopoulos in an interview set to air Wednesday on “Good Morning America.”

“If the investigation confirms the claims of the women, should he resign?” the host asks Biden.

“Yes, I think he’ll probably end up being prosecuted too,” the president says.

Stephanopoulos then noted how Senate Majority Leader Chuck Schumer, Sen. Kirsten Gillibrand and the “majority of the [New York] Congressional delegation” don’t believe he can bean effective governor anymore — and asked if he agrees.

“Well, that’s a judgement for them to make about their state whether he can be effective,” he responded.

Biden had previously taken a similar softer stance when asked about the mounting accusations against Cuomo, saying he wanted to see what comes of the probes first.

“I think the investigation is underway and we should see what it brings us,” Biden said Sunday.

Seven women have come forward to accuse Cuomo of groping, sexual harassment and other inapproprorpite behavior.

Those allegations have prompted an investigation by state Attorney General Letitia James. The New York State Assembly has also kicked off an impeachment inquiry.

Despite the growing calls for him to step down, Cuomo has refused to do so. Instead, last Friday, he portrayed himself the victim of “cancel culture.”

More reason to think Beijing’s to blame for the pandemic