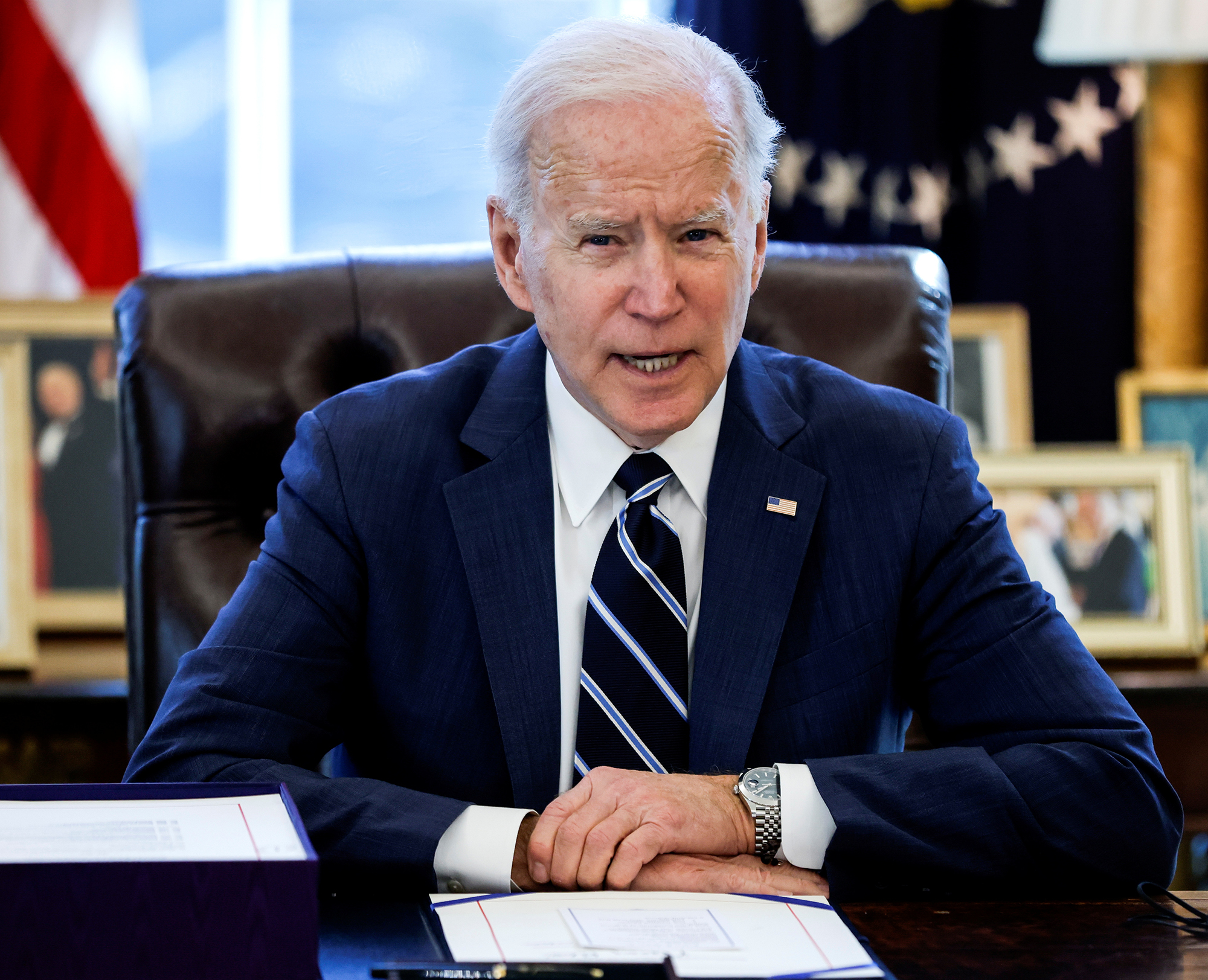 Are Democrats still doing that thing where they pretend to believe in “border security” — or have they completely given that lie up?

It’s hard to tell anymore, with the monstrous border situation happening at this very moment.

The truth is: Democrats have never believed in “border security,” and the current mess President Biden has us in is the ultimate proof.

Having heard Biden’s siren call to care for anyone and everyone who crosses into Texas, Central Americans and Mexicans are coming to the southern border by the tens of thousands every week. Each new “asylum claim” is more often than not a charity case for the American taxpayer. Yet Democrats have never seen that as a problem.

They have long professed some vague allegiance to “border security,” but oddly enough, it never manifests itself in actual policy outside of spending more money on “technology,” whatever that means.

Looking at the border right now, no reasonable person could identify any measure of “security” supported by Democrats. During the Trump years, Democrats opposed every single effort to deport a single illegal immigrant.

Naturally, Democrats did this with a great assist from the national media. That fact was perfectly captured during a CNN segment back in December 2018.

Discussing how the White House intended to get $5 billion in funding for then-President Donald Trump’s border wall as part of a government funding bill, Wolf Blitzer regurgitated the standard talking point: “Democrats all say they support border security.”

A thoughtful Blitzer relented. “Wow, all of that is true,” he said. “I hadn’t thought of it that way.”

Actually, I’m kidding. Wolf didn’t say that at all. Rather, what he said was: “Stephen, I want to move on.”

A casual viewer might have thought Miller was exaggerating and being blatantly partisan, at least on the parts about Democrats voting against ending sanctuary cities and deporting MS-13 members. But he wasn’t: House Democrats in 2017 really did vote against a bill that targeted gang members for deportation, and Democrats in the Senate did block a vote on penalizing cities that refused to cooperate with federal law enforcement on immigration.

The attack on Trump and his supporters early on was that any mention of crime coming into the United States courtesy of Mexico was on its face racist. Democrats led people to believe not a single rapist, drug dealer or child molester was coming into this country.

It was preposterous. Border Patrol press releases about the convicted rapists, drug dealers and child molesters caught crossing into the country are far from rare. The media simply choose to ignore or downplay them.

What we’re seeing now at the border isn’t a “crisis.” It’s the fruition of the hopes and dreams that Democrats have had for years. It’s open and operating just as they want.

True, by law, we have to detain illegal immigrants and hold them for a period, but thereafter, the Biden administration has a choice: It can either deport them back to their country of origin or turn them loose in the United States to wait for their cases to be adjudicated by an immigration court, which can take up to a decade — and may never happen because illegal immigrants simply disappear into the country.

Let’s not pretend we don’t know which choice Biden is making. They’re all staying here. And if they’re not here already, Biden is actually paying for airplane tickets and other transportation costs for unaccompanied kids to come and be united with relatives already in the United States, The Washington Post reported last month.

Eddie Scarry is a columnist for the Washington Examiner.

Family Travel Gets Complicated Without a Covid Vaccine for Kids