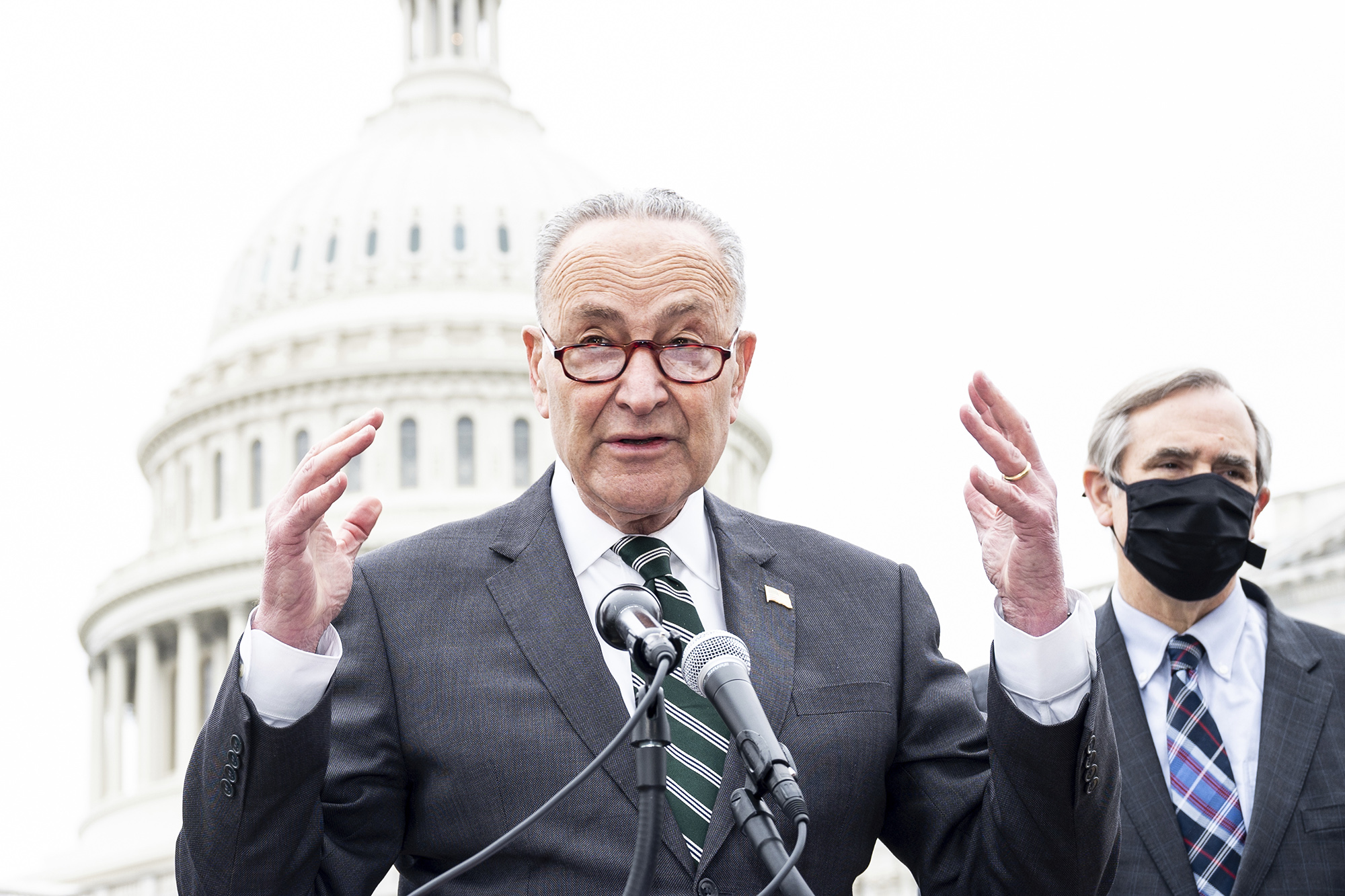 Senate Majority Leader Chuck Schumer & Co. are hoping to get the OK to ram President Biden’s coming $4 trillion in “infrastructure” spending through under a new loophole they’ve imagined up. If they don’t get that approval, you can bet the left will start attacking the Senate parliamentarian as “racist.”

Schumer figures he can avoid having to win over at least 10 Republicans to avoid a filibuster if the parliamentarian rewrites the rules for “reconciliation” to allow the new spending to be deemed merely an amendment to the $1.9 trillion “relief” package Democrats just passed by using what was, by all past standards, their only allowable use of reconciliation for the year.

It would be an outrageous change, but Democrats fearing the wrath of their party’s left have lost all shame. Heck, most of them have started attacking the filibuster as “racist” even though they themselves used it hundreds of times these last few years, when they were in the minority.

At this point, “racist” now means anything that stops the left from getting what it wants.

What We Know About the Matt Gaetz Investigation

How Bad Was 2020 for Tourism? Look at the Numbers.