Disrespecting Joe Biden and other commentary 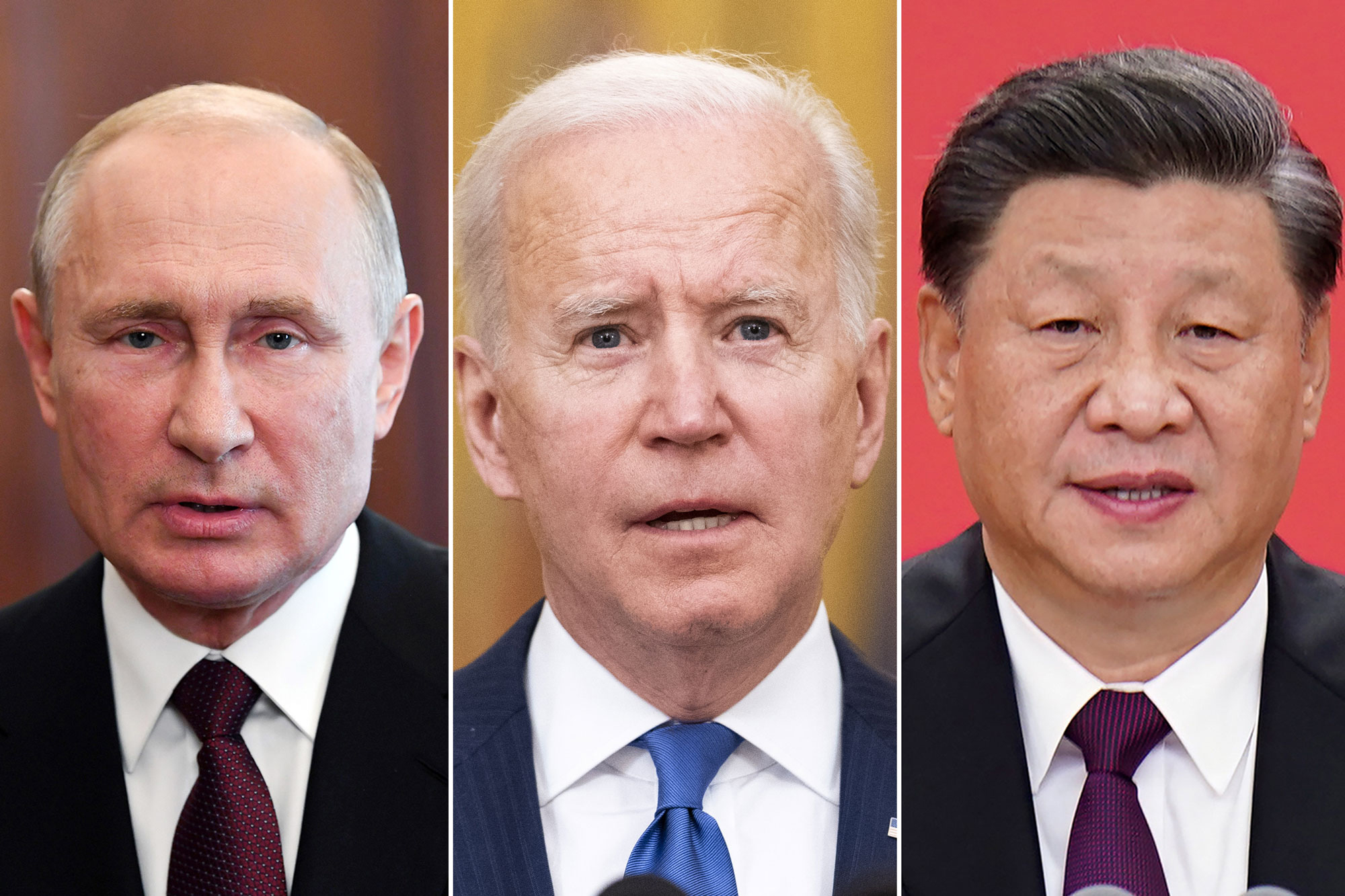 While “the left may control the media narrative, it’s not fooling Xi Jinping or Vladmir Putin into thinking President Joe Biden is strong,” snarks The Federalist’s Mollie Hemingway: Putin “challenged Biden to a debate about US history,” and Xi “had his people yell at US diplomats in their first meeting with the new administration.” Russia and China have both “used the Democratic Party’s own talking points about how corrupt, racist, evil and irredeemably sinister the United States is.” Instead of publicizing “hatred of this fine country” for adversaries to exploit, “Biden’s team should actually fight to secure America’s interests, to disassociate the US economy from China’s, to recover critical supply chains, build back the military and US economy and to provide counterweights to China in the world.”

Iconoclast: The Other Evil

After the horrific Midtown assault on an Asian-American woman and other recent anti-Asian hate crimes, Bari Weiss warns at her Common Sense site of “another evil”: “lying about — or purposefully misdiagnosing — the problem to fit The Narrative.” The media rush to paint these crimes as “instances of white supremacy,” when no recent high-profile attacker has been a white supremacist, and many aren’t even white. “The political class are contorting themselves to find a way to blame white supremacy or the legacy of Trumpism. Why? Because when the perpetrator is a neo-Nazi it is a moral gimme.” When he’s “from a group that’s also a target of hate crimes condemnation becomes much more difficult.” In reality, “The value of a victim should not be dependent on the identity of their victimizer.”

At a recent press conference, CDC boss Rochelle Walensky warned of “impending doom,” following “small bumps” in COVID cases, notes Isaac Schorr at National Review, even as the Associated Press claims President Biden’s coronavirus briefings are “based more on facts than flourish.” The truth? The nation is “hardly” headed “for dire straits,” with the virus becoming less dangerous each day as more Americans are vaccinated. And “there was nothing ‘wonky’ ” about Walensky admitting feelings of “impending doom.” Yet the media treat “any optimism or restriction-lifting as careless and any pessimism as responsible and ‘wonky.’ ” In December, Schorr urged “the leadership class” not to “scare Americans into complying with ill-considered regulations.” Alas, neither Team Biden nor the press “heeded my advice.”

Conservative: Delta Should Stick to Flying

When Atlanta-based Delta Airlines took stands against Georgia’s new voting law, it drew flak “from all sides” — which, writes the Washington Examiner’s Byron York, should serve as “a lesson for CEOs who pander to political activists.” Delta initially praised “improvements in the bill,” but that prompted “ugly blowback from the left”: #BoycottDelta soon showed up on Twitter, causing Delta CEO Ed Bastian to “tremble in fear” and release a new statement, this time blasting the bill as “unacceptable.” Yet that, in turn, drew heat from Georgia Gov. Brian Kemp, who noted that Delta itself had been engaged in the legislative process and voiced no objections. Maybe “corporations like Delta should stay out of hot political controversies” and “just stick to flying.”

The Centers for Disease Control and Prevention “keeps extending its illegal eviction ban,” laments Reason’s Christian Britschgi. Team Trump imposed it in September, and now a third renewal, based on claims it “remains necessary in spite of falling deaths and the rollout of vaccines,” extends it through June 30. The ban “prevents tenants earning up to $99,000 ($198,000 for joint filers) from being evicted for non-payment of rent” if they declare “they’ve lost income or had unexpected medical bills.” Three federal district courts ruled it illegal, yet it’s still in effect in most of the country. Landlords call it “unsustainable” — and the “approval of $46.55 billion in rental assistance during the pandemic” should “lessen the risk of eviction for renters behind on their bills.”

‘Inaction Is Not an Option,’ Biden Says of Infrastructure Plan