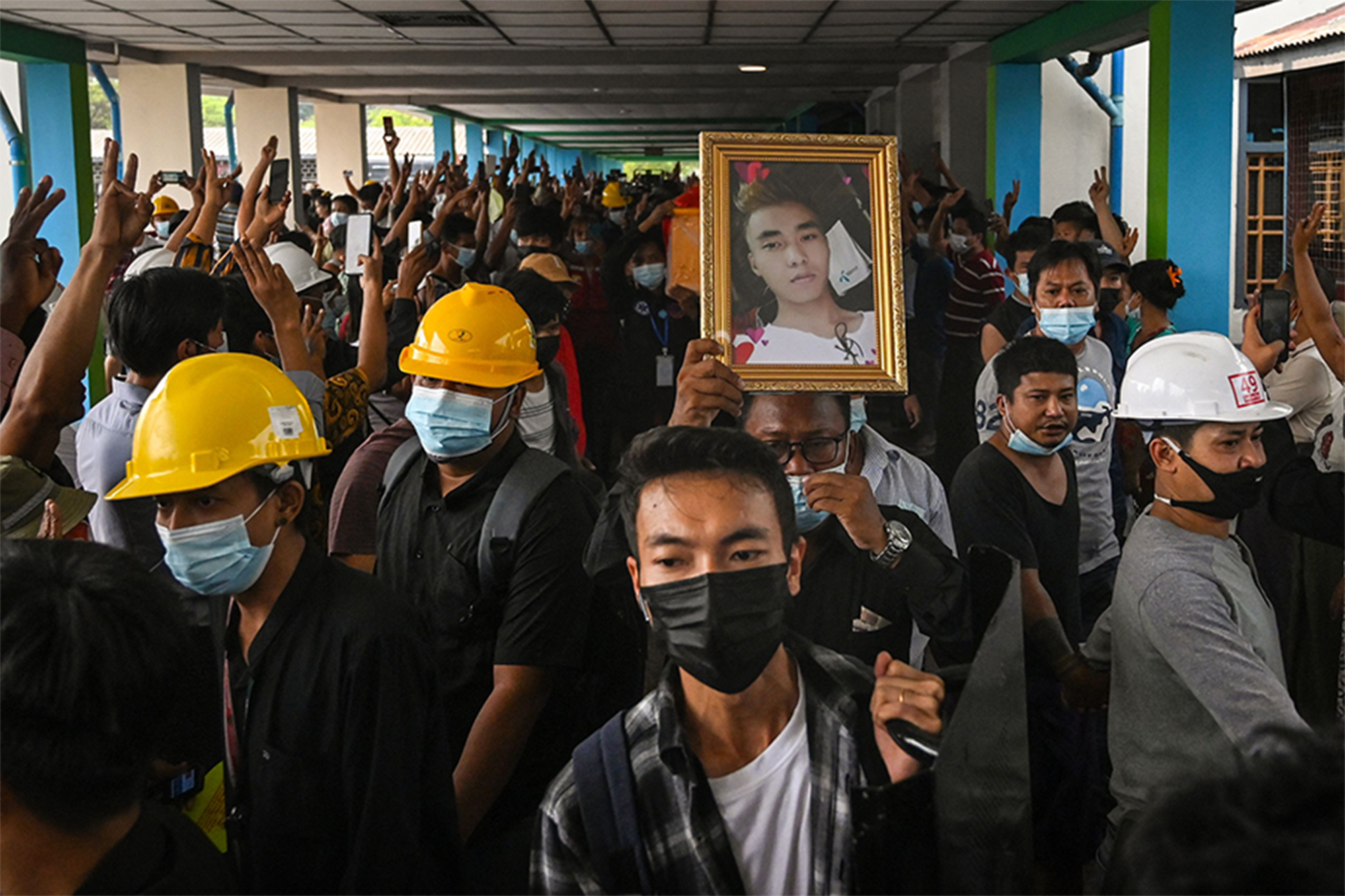 At least five protesters were killed by security forces in Myanmar, witnesses and media reported, as activists marked the death anniversary on Saturday of a student whose killing in 1988 sparked an uprising against the military government.

Two people were killed and several injured when police opened fire on a sit-in protest in Mandalay, Myanmar’s second-biggest city, a witness told Reuters. Another person was killed in the central town of Pyay and two died in police firing in the commercial capital Yangon overnight, domestic media reported.

The deaths came as the leaders of the United States, India, Australia and Japan vowed to work together to restore democracy in the Southeast Asian nation.

More than 70 people have been killed in Myanmar in widespread protests against a Feb. 1 coup by the military, the Assistance Association for Political Prisoners (AAPP) advocacy group has said.

Saturday’s protests erupted after posters spread on social media urging people to mark the death anniversary of Phone Maw, who was shot and killed by security forces in 1988 inside what was then known as the Rangoon Institute of Technology campus.

His shooting and that of another student who died a few weeks later sparked widespread protests against the military government known as the 8-8-88 campaign, because they peaked in August that year. An estimated 3,000 people were killed when the army crushed the uprising, at the time the biggest challenge to military rule dating back to 1962.

Aung San Suu Kyi emerged as a democracy icon during the movement and was kept under house arrest for nearly two decades.

She was released in 2008 as the military began democratic reforms and her National League for Democracy won elections in 2015 and again in November last year.

On Feb. 1 this year, the generals overthrew her government and detained Suu Kyi and many of her cabinet colleagues, claiming fraud in the November elections.

The coup in Myanmar, where the military has close ties to China, is a major early test for new U.S. President Joe Biden.

His administration flagged a virtual meeting with the Indian, Japanese and Australian leaders on Friday, the first official summit of a group known as the Quad, as part of a push to demonstrate a renewed U.S. commitment to regional security.

“As long-standing supporters of Myanmar and its people, we emphasise the urgent need to restore democracy and the priority of strengthening democratic resilience,” the four leaders said in a statement released by the White House.

A spokesman for the junta did not answer phone calls from Reuters seeking comment.

Addressing the U.N. Human Rights Council in Geneva, he called for a united approach to “strip away the junta’s sense of impunity”.

Former colonial power Britain warned its citizens in Myanmar to leave on Friday, saying “political tension and unrest are widespread since the military takeover and levels of violence are rising”.

South Korea said it would suspend defence exchanges and reconsider development aid to Myanmar because of the violence.

The Kremlin said Russia, which has close ties to Myanmar’s military, was concerned over the mounting violence and was “analysing” whether to suspend military-technical cooperation.

“We evaluate the situation as alarming, and we are concerned about the information about the growing number of civilian casualties coming from there,” Kremlin Spokesman Dmitry Peskov was quoted by the TASS news agency as saying.

Earlier this week, the U.N. Security Council dropped language from a statement that condemned the army takeover as a coup due to opposition by China, Russia, India and Vietnam.

Poland’s foreign ministry said a Polish journalist was arrested this week in Myanmar, the second foreign reporter to be detained. A Japanese journalist was briefly held while covering a protest.

Soldiers have been occupying hospitals and universities across Myanmar as they try to quash a civil disobedience movement that started with government employees such as doctors and teachers but has expanded into a general strike that has paralysed many sectors of the economy.

On Friday evening, large crowds gathered for evening vigils. In Yangon, they lit candles in the shape of a three-finger salute, the symbol of the movement, while saffron-robed monks gathered outside a pagoda in the northern Sagaing region.

The State House Versus Big Tech

Man charged with wife’s murder after trying to mislead cops

A.I. Is Everywhere and Evolving