The 11 a.m. ceremony at Flatirons Community Church in Lafayette will be open to the public with COVID-19 restrictions, and livestreamed on television and social media, Boulder officials said.

On Wednesday, citizens and first responders lined streets and highways as the 51-year-old’s body was escorted from a morgue in Boulder to an Aurora funeral home.

The father of seven was one of 10 people who died at the hands of a lone gunman Monday.

Talley was one of the first officers on the scene and bravely ran into the line of fire to protect shoppers from suspect Ahmad Al Aliwi Alissa.

He gave up a high-paying job in the private sector in midlife to answer the call of public service. 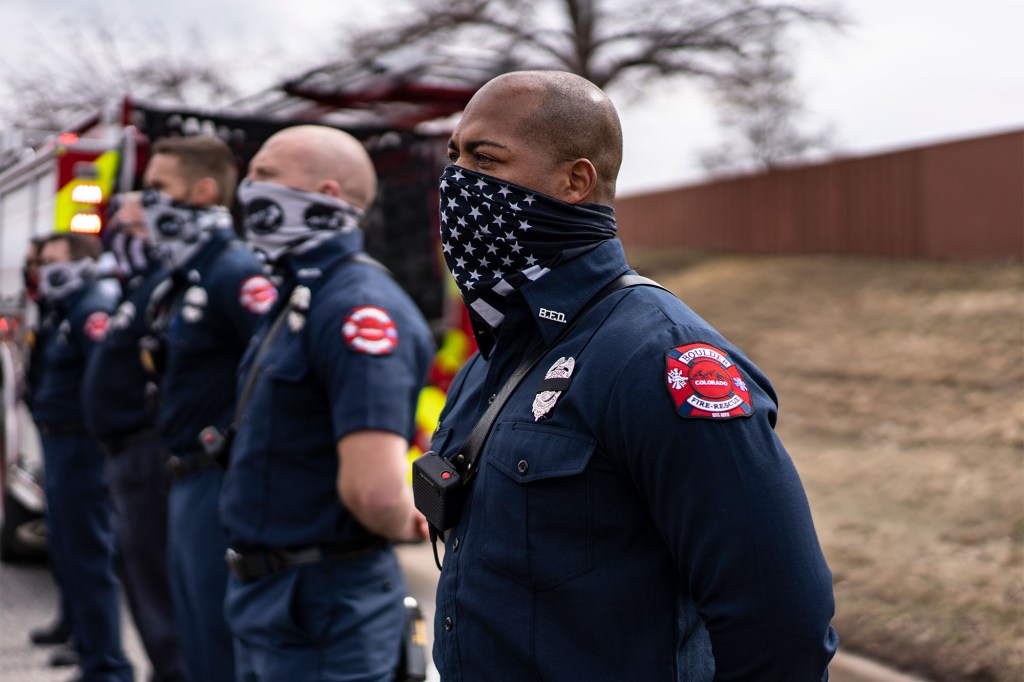 Members of the Boulder Fire Department stand while officer Eric Talley’s body is transported from the Boulder County Coroner’s office to Arvada, Colorado on March 24, 2021. 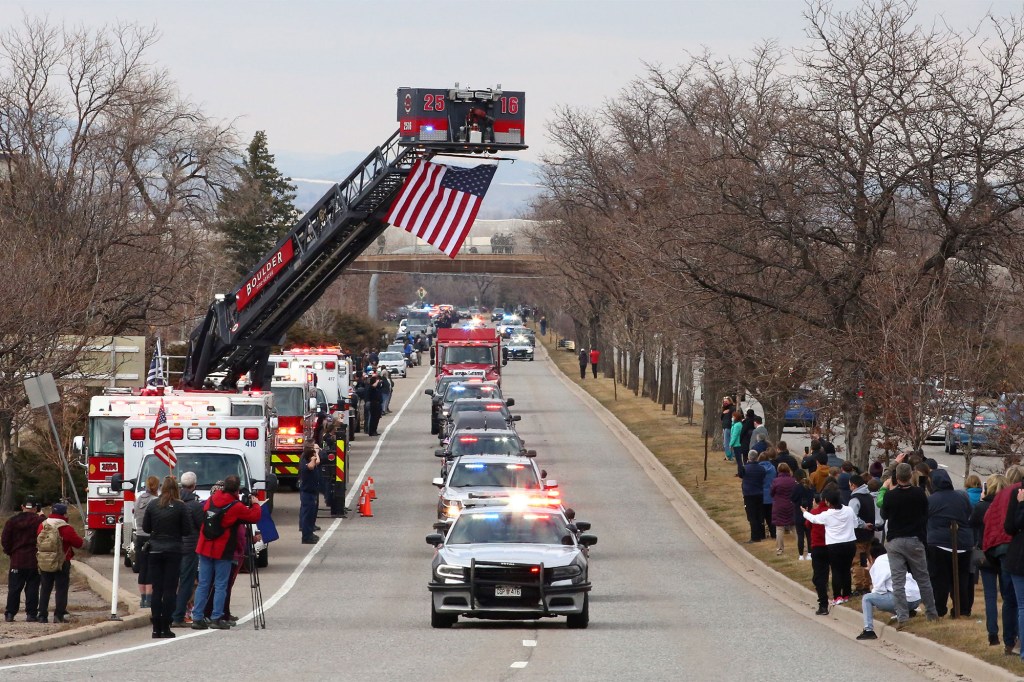 A procession of police vehicles escorts the body of officer Eric Talley to a funeral home at Foothills Parkway in Boulder, Colorado on March 24, 2021. 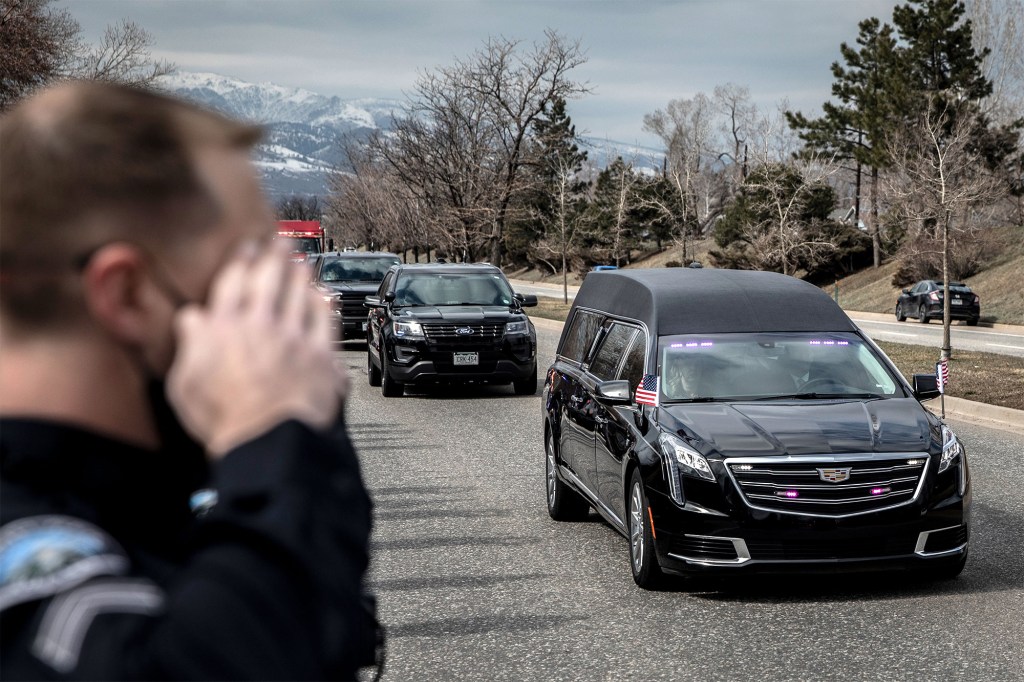 Police vehicles escort the body of officer Eric Talley from the Boulder County Coroner’s office to Arvada, Colorado on March 24, 2021. 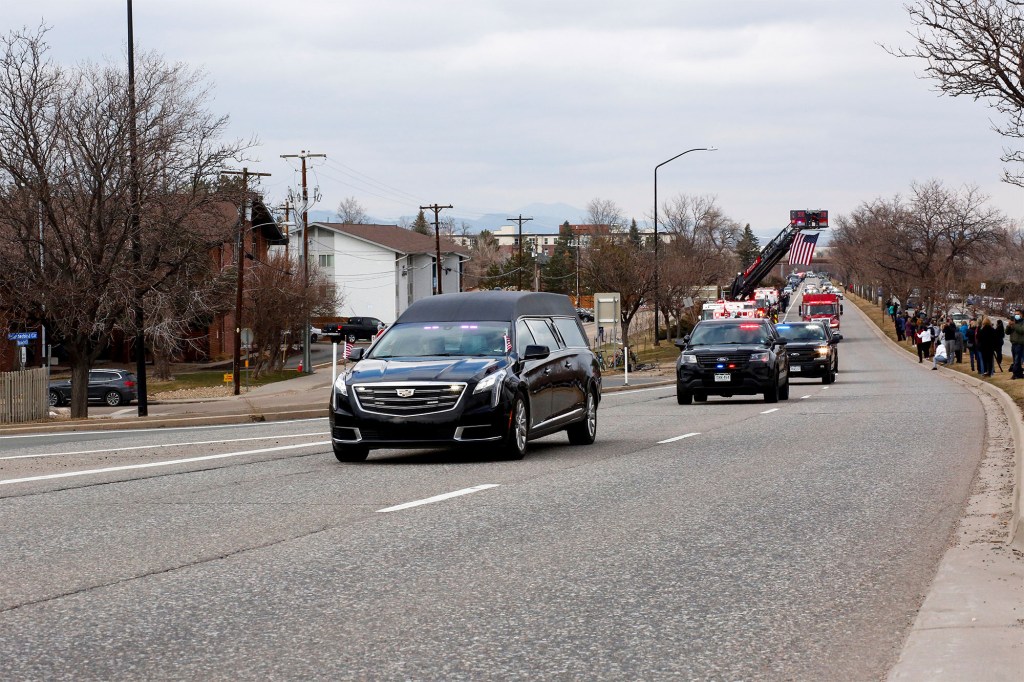 A hearse carrying the body of officer Eric Talley is escorted to a funeral home in Boulder, Colorado.

“He cared about this community, he cared about Boulder Police Department, and he cared about his family. And he was willing to die to protect others,” Chief Maris Herold said Wednesday, according to Denver’s ABC 7.

Monica Alexis, Nurse’s Aide With a Calling, Dies at 83