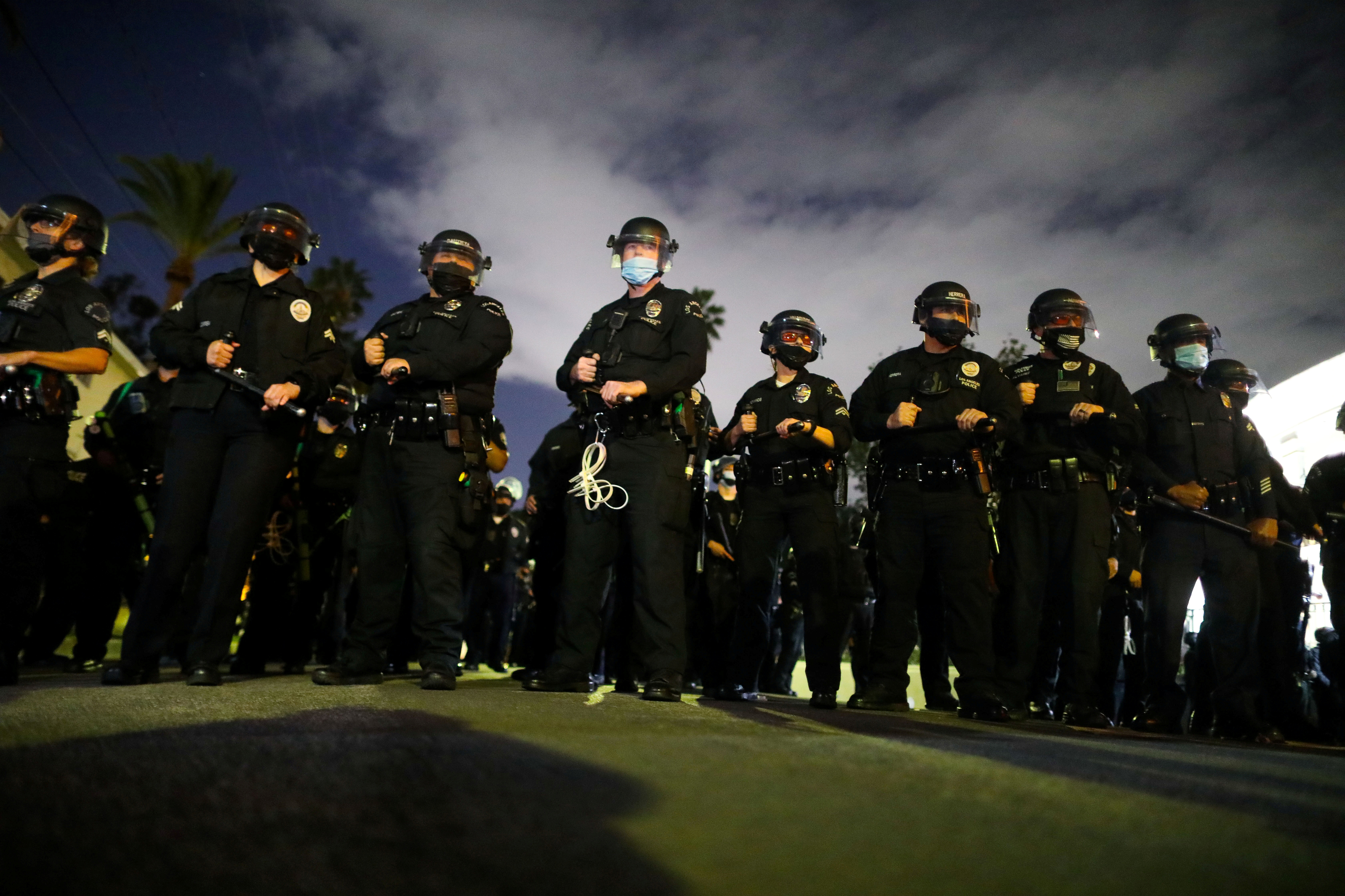 The LAPD said on Twitter that a large crowd was shining high-intensity lights at officers, “in an attempt to blind” them, as officers tried to shut down the Echo Park Lake encampment.

Police ordered the group, which was about 100 people strong, to leave or face arrest, according to CBS LA.

Video posted to Twitter by local reporter Lexis-Olivier Ray shows several protesters being detained following a standoff with police at the scene of the encampment.

The confrontation came one night after cops in riot gear clashed with hundreds of protesters who opposed the planned sweep.

The tense clashes lasted for hours, spilling into the early hours of Thursday morning.

One protester from Wednesday night, Isaac Scher, told the newspaper that an LAPD officer allegedly broke his arm with a baton during the standoff.

The LAPD told the Times they are investigating Scher’s claims to “get to the bottom of the facts.”

‘How Did You Qualify?’ For the Young and Vaccinated, Rude Questions and Raised Eyebrows

Is a Big Tech Overhaul Just Around the Corner?

Is a Big Tech Overhaul Just Around the Corner?

Commentary across the spectrum is demanding schools reopen

There shouldn’t be a double standard for law & order: Devine