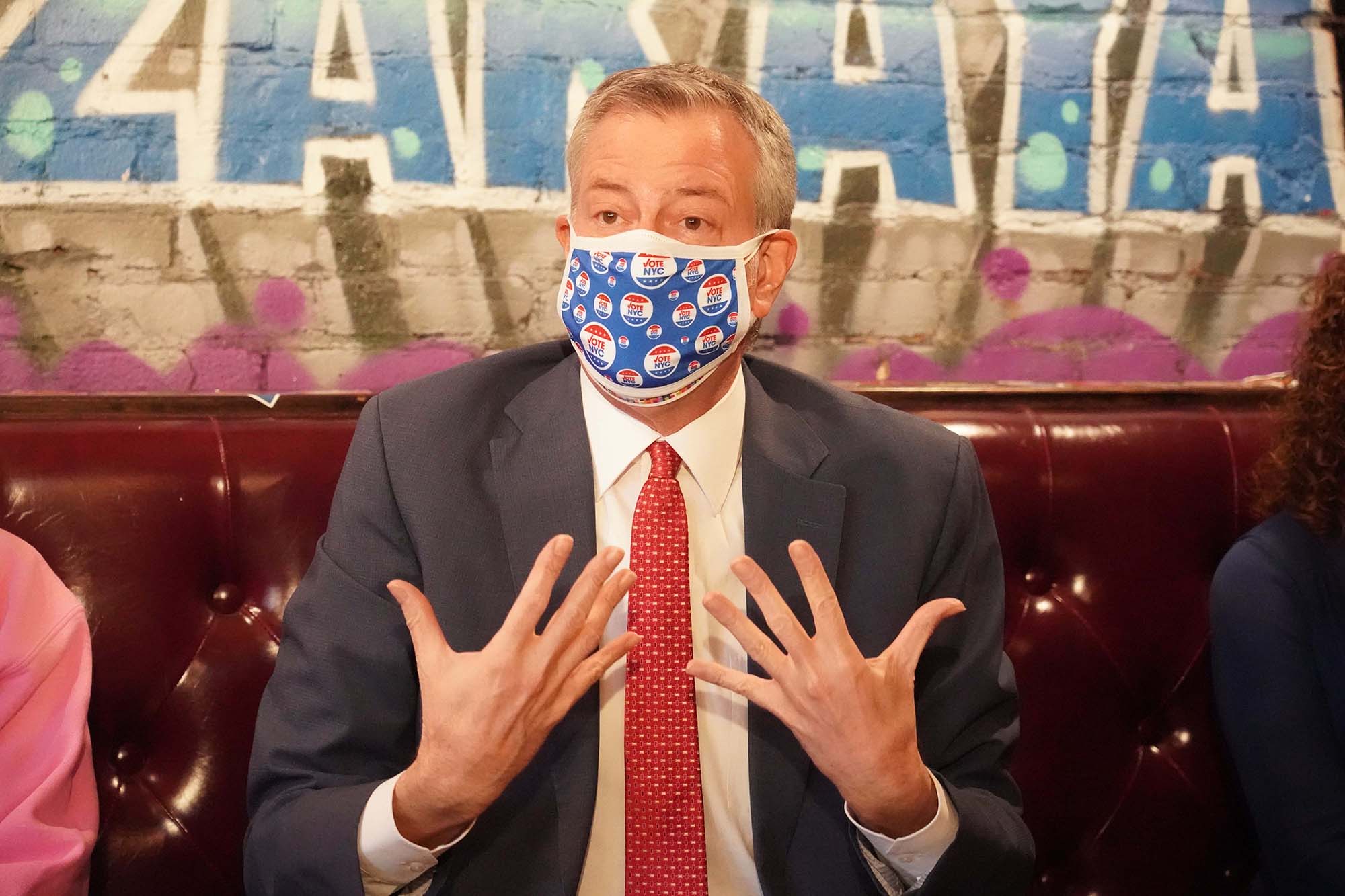 The Issue: Reports that Mayor de Blasio is considering running for governor in 2022.

I almost choked on my coffee when I read that “Mayor de Bozo” is considering running for governor of New York (“Hey, NY — ready for Gov. Blas?!” March 7).

This mayor could not run a dog pound, never mind the state of New York.

My advice to de Blasio: Lick your wounds and leave at year’s end — and try not to do any more damage to New York City.

Please, Mayor de Blasio: You’ve made life in New York unbearable. Homelessness is out of control, shootings are off the charts and the schools are a joke.

I didn’t ask you to do anything regarding these problems because I realized that remedies were beyond your mental capacity.

But I’m asking you now: If you do decide to run for governor, please let me know as soon as possible.

As stupid as New Yorkers are, you might have a shot, and I want to rent a moving van before reservations become impossible.

From a strictly selfish point of view, I think it would be great if de Blasio gets elected governor of New York.

Modern man has not seen the likes of the thundering horde that will leave New York state if that ever happens.

It’s already a seller’s market in Connecticut, and “the de Blasio boost” could allow me to buy some beachfront property and read The Post with my toes in the sand year-round.

Thank god the debacle of de Blasio as mayor will soon be ending, so what do New Yorkers have to look forward to after the fall of Gov. Cuomo? The specter of “Mayor Moron” running for governor.

It is beyond my comprehension that this inept, lazy, do-nothing charlatan would actually have the nerve — the temerity, the chutzpah, the unmitigated gall — to think that the people of this state would consider voting for him.

He is the epitome of “nothingness,” an absolute zero.

Please. I would prefer to keep Cuomo in office rather subject the entire state to the “putz!”

Unfortunately, I have no kind words for the way our mayor is trying to lead our once-beautiful city.

And after reading that he has the temerity to imagine himself as governor of New York state, I can only think that he either has an enormous ego or has lost his mind.

I had to chuckle after reading the piece by Paul McPolin on United’s COVID flight policy (“Just plane wrong,” PostScript, March 7).

I wonder if he realizes what an entitled whiner he comes off as in his article. He thinks if he travels, no one else should.

Since he was able to write his article, I’m guessing that he survived his harrowing ordeal.

McPolin chose to vacation in a state with relatively relaxed COVID protocols, chose to fly when he could have driven, chose not to rebook after being warned the flight was full — and ultimately chose to board the plane when he saw how packed it was.

But it’s United Airlines and the federal government who are at fault?

If he were truly concerned about getting sick, he could’ve made different decisions at any time.

It’s OK to admit your vacation was more important than making safer choices. You don’t have to blame the government.

Missouri mom posted about abuse before being killed by husband

Missouri mom posted about abuse before being killed by husband

The left invented crises under Trump—and now ignores real ones