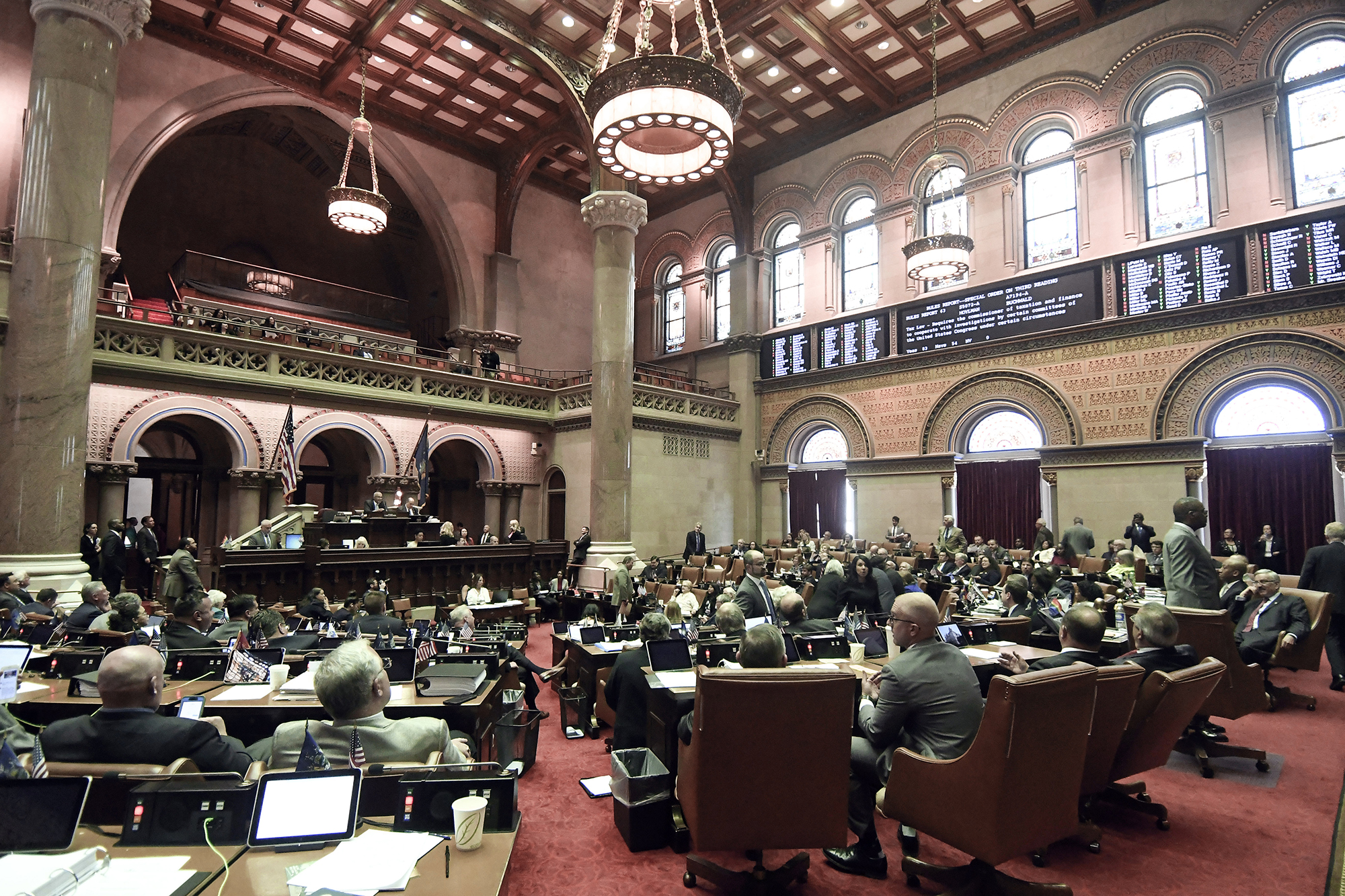 It’s amazing how much damage the IQ-challenged leaders of New York have done to both the city and state (“Taxed to death,” March 21).

Crime is zooming into the stratosphere, both police morale and funding have sunk miserably and the homeless dominate the streets.

Add to this the notion from our out-of-touch leftist leaders that this is the perfect time to resume their favorite sport: soaking the rich to pay for more of their failed policies.

Here’s a memo to the people who set the rules for the rest of us: The rich aren’t dumb, and they know they can move to better run, lower-taxed states, and they will. Who will you tax then?

King Cuomo, with his almighty powers, was smart enough to know that taxing the richest New Yorkers would send them packing and was resistant to the Legislature going forward with higher taxes on the rich for the past 10-plus years.

Now they have him on the ropes and want to control how the billions coming from the feds are spent.

He’s in the 10th round with a TKO and will do anything to keep standing and continue his reign. He is a pathetic human being who killed 15,000 nursing-home patients and who knows how many group-home residents. Shame on him.

The question all voters should ask is, “Why is New York’s budget more than twice that of Texas and Florida combined?”

Reading through the budget items, the $2.1 billion “excluded worker fund” really stands out. Why should we be paying unemployment benefits to people who are here illegally?

Why is our education spending per capita higher than any other state, although the results are dismal?

The “tax the rich” approach seems like a perfectly harmless way to raise revenue until you consider that killing the “golden geese” that provide these funds will leave the non-golden citizens paying even more.

How about comparing the way we do things with other states that are far more successful in attracting people and businesses?

There is a sort of religiosity among many that taxes always go down.

The result is that in most American cities, there is nearly no public transportation infrastructure to speak of.

And in New York City — a big, bustling, mega-metropolis in an otherwise sprawling country — the subway erodes at the hands of poor public funding and years of political mismanagement.

Those expecting the United States to be a global leader are rightly shocked at unsanitary subway stations from the 1920s and corroding subway cars from the 1970s.

For New York City to function, and to be viable, it needs a better subway system. The federal and state governments must invest in a considerable upgrade immediately. And if that means temporarily higher taxes for some, so be it.

We won’t scare smart, rich residents of New York away because of high taxes.

Do you remember The Donald? He found a way to avoid paying taxes.

Frank Sinatra didn’t sing “If you make in Tallahassee or Austin, you can make it anywhere.” Who wants to deal with storms and blackouts? Check with Sen. Ted Cruz before you pack up.

If you move away, there will be no night life to speak of after 10 p.m., no Broadway, no Lincoln Center, no Carnegie Hall and no Central Park.

Progressive politicos who decry gentrification have proposed hiking state taxes to absurd levels while providing billions in aid to illegal immigrants. The big-dollar taxpayers and philanthropists are rushing for the exits.

It’s social engineering at its finest from the brain trust that’s maneuvering to oversee every aspect of our lives.

DeSantis Is Ascendant and Cuomo Is Faltering