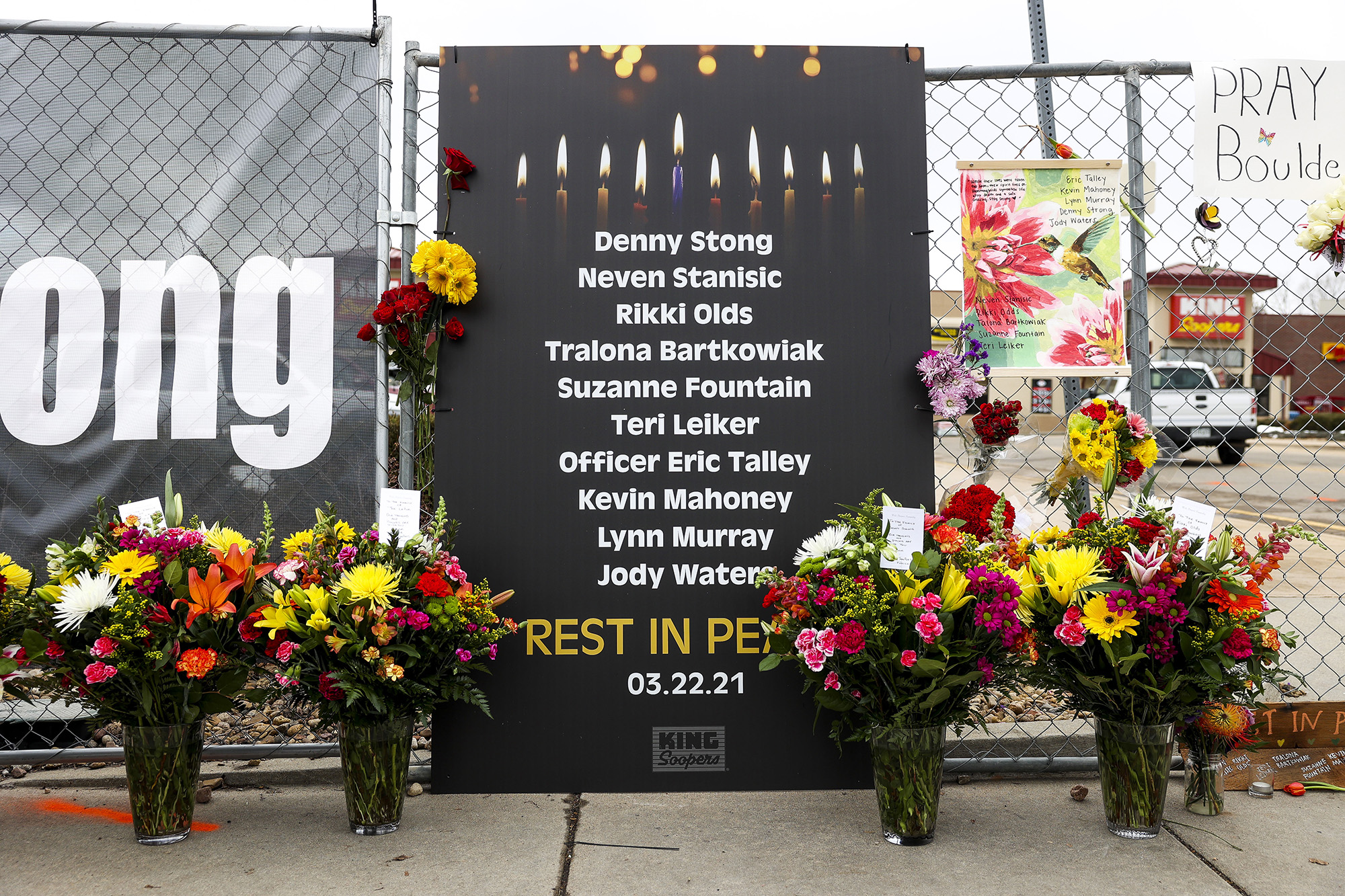 The Issue: Calls for increased gun regulation after a shooting in Boulder, Colo., that left 10 dead.

Another individual with apparent emotional problems went out and bought a gun legally. He then used the gun to kill 10 strangers, including a policeman (“Lunacy,” March 24).

There are just too many of these incidents on a regular basis to be ignored. There must be decisive action.

However, numerous Republican senators refuse even to discuss the matter. Their belief goes against the opinion of the majority of Americans, who include gun owners, who want sensible gun regulations.

It is time that Republican leadership follows the will of the people and acts in the best interest of Americans, not the NRA.

If people want to have guns in the house for self-defense, then that should be allowed. Nobody should own military-type weapons.

I object to the claim that “your town could be next,” as if there were a mass shooter under your bed or in your closet (“A National Shame,” Editorial, March 24). Such talk is little more than fearmongering.

Historically speaking, there is no shortage of examples of governments exploiting the fears of citizens in order to deprive citizens of their rights. Consider the PATRIOT Act post-9/11.

Those rights are natural, individual and inalienable, as actually stated by the Founders.

People are being gunned down. Even before we can grieve over the last mass murder, another gun rampage has happened. Doing nothing, time after time, doesn’t work.

Let’s do better. Let’s regulate gun use like we regulate automobile use: license gun owners to use their weapons after they pass a safety test, a background check and gun inspection.

The law should require periodic license renewal as well as insurance for any damage done by the gun owner.

Gun ownership is enshrined in the Second Amendment, yet use of these weapons can and should be regulated.

Stop blaming an inanimate object, such as a gun, for the way lunatics use them. Would you feel better if he used a homemade bomb or a knife or a vehicle?

The problem lies with the criminal. Stop your anti-gun rhetoric because that won’t solve the problem.

However, I disagree with his conclusion. The Second Amendment does not speak to the interests of hunters or self-defense. It speaks to a well-regulated militia as being necessary to the security of a free state.

As Walther recognizes that most AR-15 owners are law-abiding citizens, it does not therefore logically follow that it is necessary to ban the rifles.

Now we learn that the shooter was known to the FBI for his associations and was known for being aggressive, possibly with severe mental-health issues (always a good excuse). So why don’t we crack down on that model of person?

I rarely disagree with the viewpoints taken by The Post’s editorial page, but I think you got it wrong this time.

My first issue is with the statement that “curbing guns is what led to New York City’s three-decade reduction in murders.” It misses a key component: Curbing illegally possessed guns made the difference with tools like stop-and-frisk and the anti-crime unit.

Prohibiting law-abiding citizens from owning firearms wouldn’t do anything to prevent criminals from using their illegally possessed guns.

I do agree with the need for background checks to include mental-health screening, so long as it’s not cost prohibitive or abused and everyone is guaranteed due process if they feel they were unfairly denied.

WeWork Will Go Public in a Merger With a SPAC