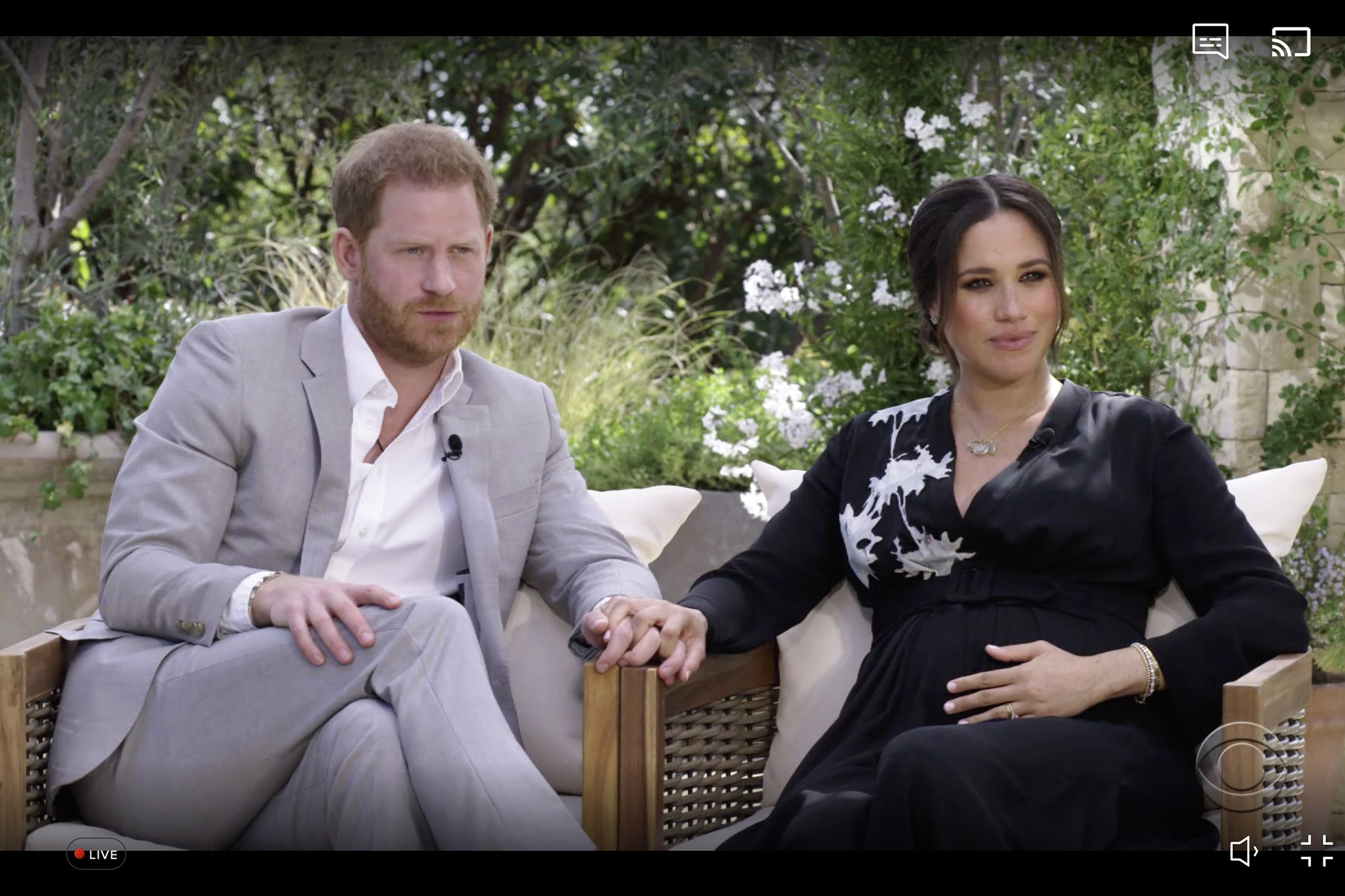 The Issue: The Duke and Duchess of Sussex’s accusations against the royal family in an interview.

Meghan Markle married not the heir but the spare — the hapless Harry (“Royals ‘throne’ under the bus,” March 8).

Markle’s claims of being unsupported and discriminated against by the royal family simply don’t ring true.

She was given a ­$45 million wedding and Frog­more, a 10-room historic “cottage,” not to mention assorted priceless baubles and a wardrobe to die for.

In return, she was expected to perform her royal duties without complaint and to anticipate frequent Fleet Street sniping.

Her shocking report of racism on the part of the “institution” regarding her future baby’s skin tone is fairly irrefutable, since she refuses to name the offending party.

Instead of Queen of Hearts, she has ultimately crowned herself Queen of Cancel Culture, a move she may live to regret.

Please focus more on the real news rather than on these two opportunists.

Meghan and Harry will continue to manufacture pseudo–news­ out of pure fluff and vapors because it keeps them, especially Markle, in the spotlight and well-compensated, while it serves to further infuriate the monarchy and its subjects.

Frankly, I’m far more concerned with the endless shenanigans going on in Washington, DC, and Albany than I am with the misadventures of these ingrates.

Oprah Winfrey’s inter­view with Meghan and Harry should serve as a substantial corrective to America’s current infatuation with the British monarchy.

Monarchy is oppressive not only to its “subjects,” but to its own royal family. It was made clear that royals will not hesitate to destroy their own children if they step out of line.

British monarchs live in constant fear that their dirty laundry — racism, sexism, colonialism and just plain pettiness — will be exposed.

It is people like Meg­han and Harry who educate themselves and disavow the monarchy who end up occupying the real moral and political high ground.

As a Briton and a monarchist, I was deeply unhappy with the Duke and Duchess of Sussex and their exhibition during the interview with Oprah Winfrey.

I have had great sympathy for Prince Harry. I have supported him in his struggles with the intrusive British tabloids. I’ve defended his pleading for privacy — only for him to then air his dirty laundry in a gossipy tell-all, and it leaves me feeling taken advantage of.

If the royal family was genuinely racist, Meghan wouldn’t have even got in the door, let alone gotten married to the queen’s grandson.

As to the specific complaints, they are carefully designed to be unanswerable. We will never be able to hear the other side of the story. Meghan has calculated a cynical smear.

I still support the monarchy, but I’ve lost some respect for Harry and Meghan.

Enough already. I think Americans are sick and tired of hearing about the privileged Harry and his washed-up “everybody’s against me” ex-TV star wife, Meghan, whine how bad they had it as royals living in England.

They hated the press so much there, they came to America and found a talk-show host to air their trashing of the monarchy.

Oprah was only in it for the publicity — which Harry and Meghan despised in England but are somehow OK with here in America.

It’s time for the American press to move on from these sniveling, privileged ex-royals.

Dow closes above 33,000 for 1st time after Fed’s upbeat projections

US schools, students will pay a price for Biden’s open borders for minors