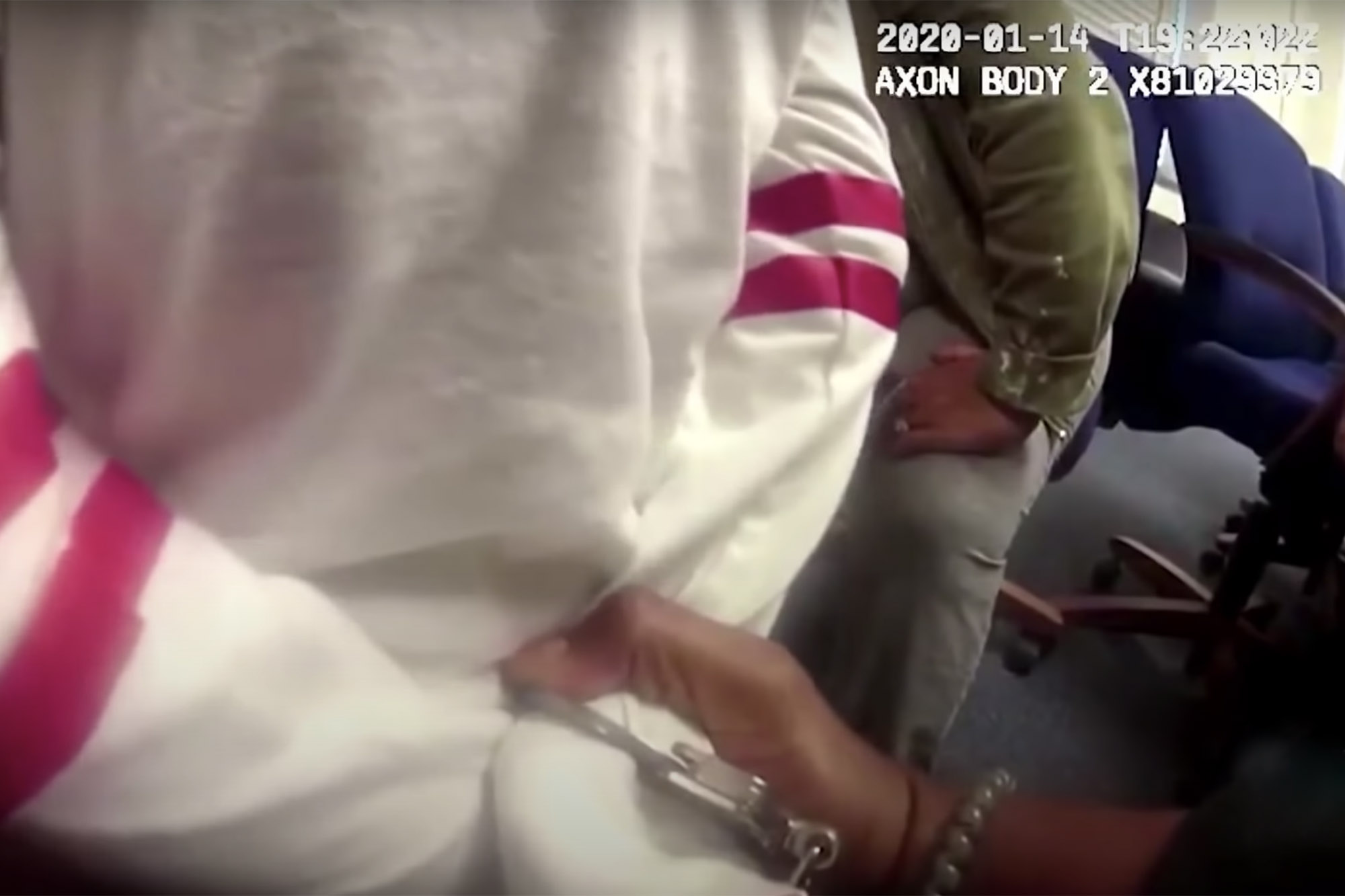 Police in Maryland released disturbing bodycam footage that shows officers handcuffing a weeping 5-year-old and calling him a “beast” after placing him in a squad car for not being in school.

The video, released by the Montgomery County Police Department on Friday, was recorded in January 2020 and shows the officers repeatedly berate the small boy as he sobs uncontrollably.

“Does your mama spank you? She’s going to spank you today,” one of the officers tells the boy.

The officers first encounter the child walking around a neighborhood after he allegedly “left school grounds.”

While attempting to place the child in a squad car, the situation becomes tense.

“Boy, if I tried to do stuff like that I would’ve been beaten nine times by the time I got home,” one officer says as the boy cries.

“Don’t nobody wanna hear that,” the cop says of the wails. “You know why? Because you don’t get to do what you want to do. This ain’t your world.”

Later, the little boy’s mother arrives at the school and the adults attempt to solve the situation. That’s when an officer uses the handcuffs.

“You know what these are for? These are for people who don’t want to listen and don’t know how to act,” the officer says to the boy.

A councilmember in Montgomery County called the video a “nightmare.”

“We all saw a little boy be mocked, degraded, put in the back of a police car, screamed at from the top of an adult police officer’s lungs, inches from his face,” the councilmember, Will Jawando, said. “This is violence.”

In a statement, Montgomery County school officials said the video is “extremely difficult for us to watch.”

“Our heart aches for this student. There is no excuse for adults to ever speak to or threaten a child in this way,” the statement read.

“As parents and grandparents, we know that when families send their children to school, they expect that the staff will care for them, keep them safe and use appropriate intervention processes when needed.”

US whiskey makers about to get soaked by higher tariffs

US whiskey makers about to get soaked by higher tariffs