Massive ship Ever Given ‘re-floated’ in Suez Canal 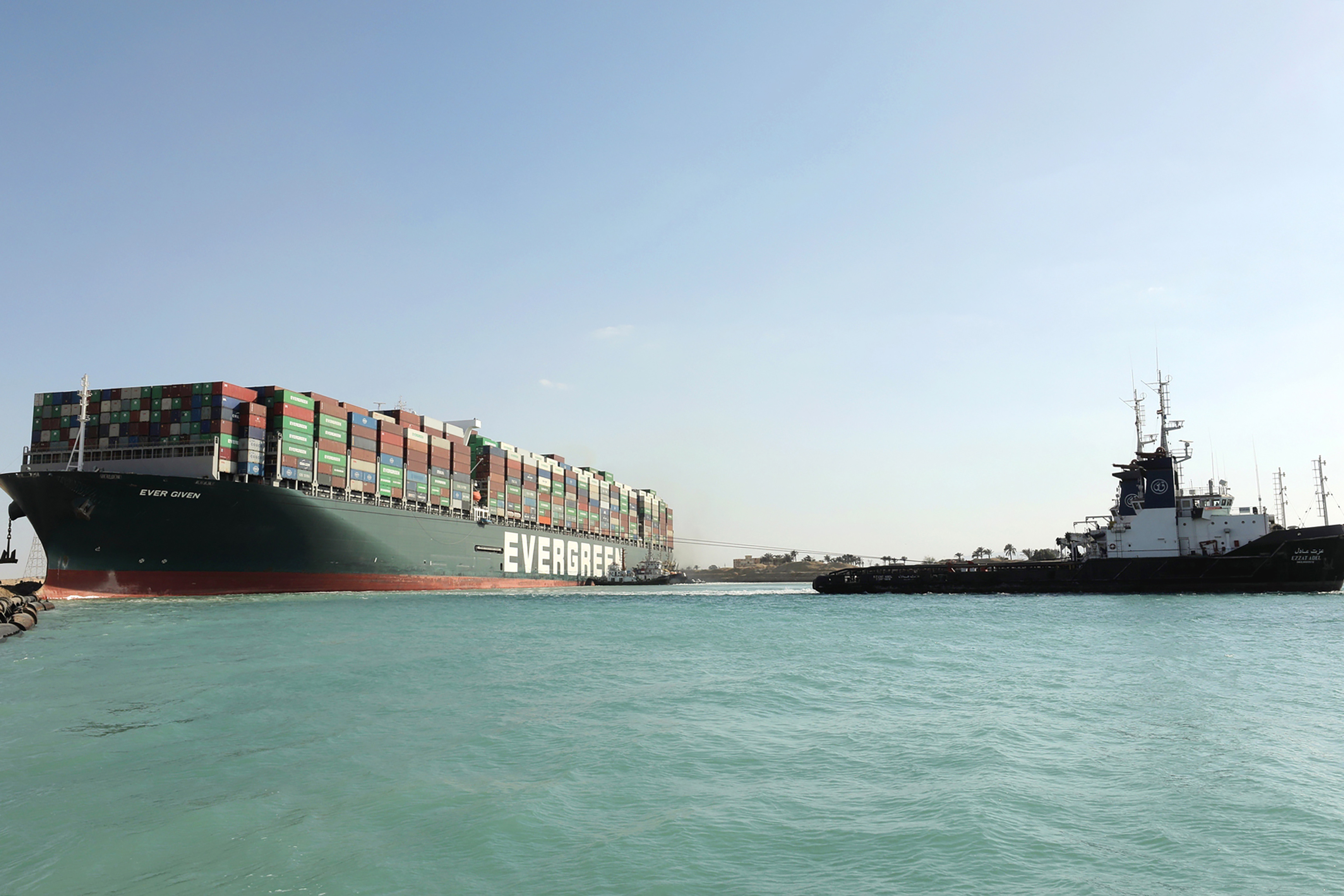 The massive container ship that has been stuck in the Suez Canal for six days was reportedly back afloat on Sunday night.

A top pilot with the canal authority confirmed to the Associated Press that the Ever Given had been partially refloated after running aground last Tuesday in the crucial global shipping waterway.

Maritime services provider Inchcape had earlier reported the ship “was successfully re-floated,” and said “she is being secured at the moment.”

Canal services firm Leth Agencies, meanwhile, reported the Ever Given had been “partially refloated,” without noting when it would be completely freed up.

Satellite footage from MarineTraffic.com showed that the ship’s bow had been wrested from the shore.

Authorities earlier Sunday had brought two more powerful tugboats in the canal, bringing the total to 14 tugs working on moving the ship.

A mass of rock underneath the ship’s bow has made freeing the ship difficult. Dredgers shifted more than 950,000 cubic feet of sand and dug down nearly 60 feet.

The blockage caused delays to at least 369 boats, which lined up in a massive traffic jam waiting to pass through the canal, which handles up to 15 percent of world trade.

Authorities are investigating how the Ever Given, which is about the length of the Empire State Building, became wedged in the canal.

But over the weekend, Egyptian officials said human error may have contributed to the ship running aground.

Sunday night’s breakthrough comes as workers were set to begin offloading some of its 18,300 containers to lighten the load on Monday.

The nearly-week long blockage of the busy waterway has caused about $9.6 billion in commercial losses per day, according to economic estimates calculated by Bloomberg, as ships that should have been heading between Europe and Asia stayed immobilized.

WHO report says animals were likely source of COVID-19

Four on terror watchlist arrested at border since October

Man pulled out ears while being questioned for grandpa slay