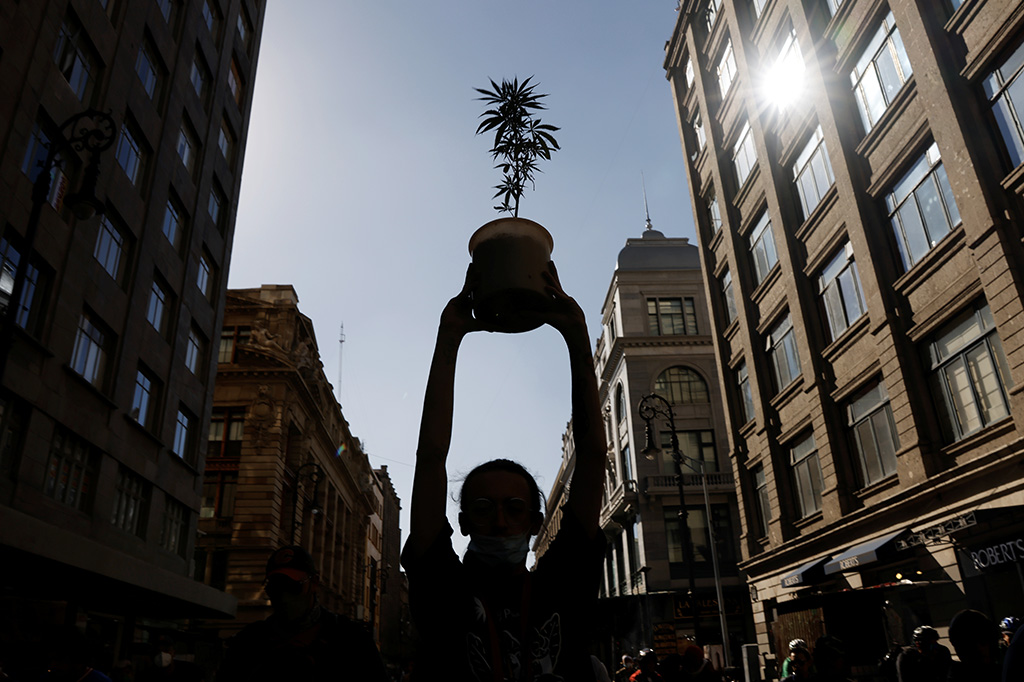 Mexico’s lower house of Congress on Wednesday passed a bill that would legalize recreational marijuana — paving the way for a regulated market in a country long-dominated by drug cartels.

The bill, which was approved by a vote of 316 to 127, now heads to the Senate where it is all but certain to pass.

The ruling Morena party of President Andres Manuel Lopez Obrador, a backer of the bill, controls both chambers of Congress.

“Today we are making history,” Simey Olvera, a member of the Morena party, said Wednesday.

“With this, the false belief that cannabis forms part of Mexico’s serious health problems is left behind,” said Olvera, who was wearing a mask emblazoned with marijuana leaves.

The bill applies to people 18 and older. They would need to obtain a permit to legally grow, carry or consume marijuana.

If passed into law, Mexico, home to 126 million people, would be among just a few countries in the world to legalize cannabis for recreational use.

Lopez Obrador considers the legalization of some drugs as a way to help security in a country plagued by drug-related violence.

Over 300,000 people have been killed since the government deployed the army to fight the cartels in 2006.

A crisis Biden wants to happen

Man charged with wife’s murder after trying to mislead cops

How to Nudge People Into Getting Tested for the Coronavirus