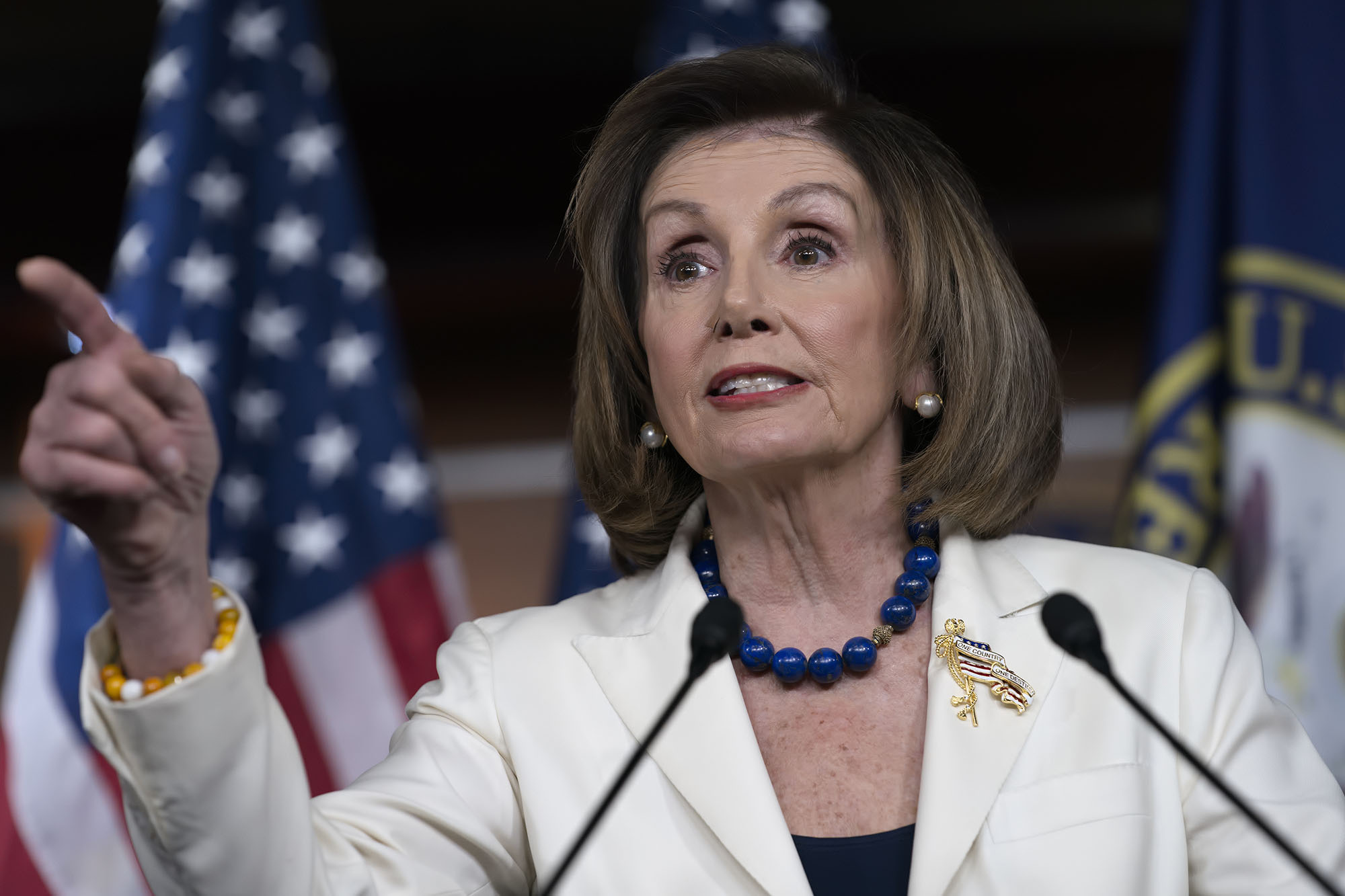 House Speaker Nancy Pelosi now admits that the mess on the border involves more than “love,” but her laughable fallback is that the “challenge” is all former President Donald Trump’s fault.

Somehow, President Joe Biden’s loud reversal of his predecessor’s policies isn’t why nearly as many children crossed last month as in all of 2020. It’s bad, so it’s on Trump.

What Biden “inherited is a broken system at the border,” Pelosi said on ABC this weekend, and had to fix it “in the children’s interest,” which has created this “humanitarian challenge.”

In other words, a surge that’s forced Biden to call in the Federal Emergency Management Agency for help in handling the kids is just part of “a transition from what was wrong before to what is right.”

Up is down, black is white and war is peace, she might as well have continued.

Sorry: “Wrong” is encouraging the desperate to make the perilous and illegal journey north. There’s nothing “right” about basically inviting people the government can’t handle to flood in.

Customs and Border Protection is seeing nearly double the tide from a year ago and already holds a record high of 4,200 kids in its facilities as of Sunday, up 31 percent in a week and headed higher. Children now spend an average of 107 hours in cramped quarters critics deride as “jail-like.”

Meanwhile, the president is going to Pennsylvania and Georgia to trumpet his $1.9 trillion stimulus bill on his “Hope Is Here” tour. Psaki confirms he has no plans to visit any border state.

Terrorists? Don’t be surprised if that prompts Pelosi to next say it must be all President George W. Bush’s fault.

Can Biden Stay on the Sidelines of the Andrew Cuomo Saga?

Entire school board resigns after members get caught mocking parents