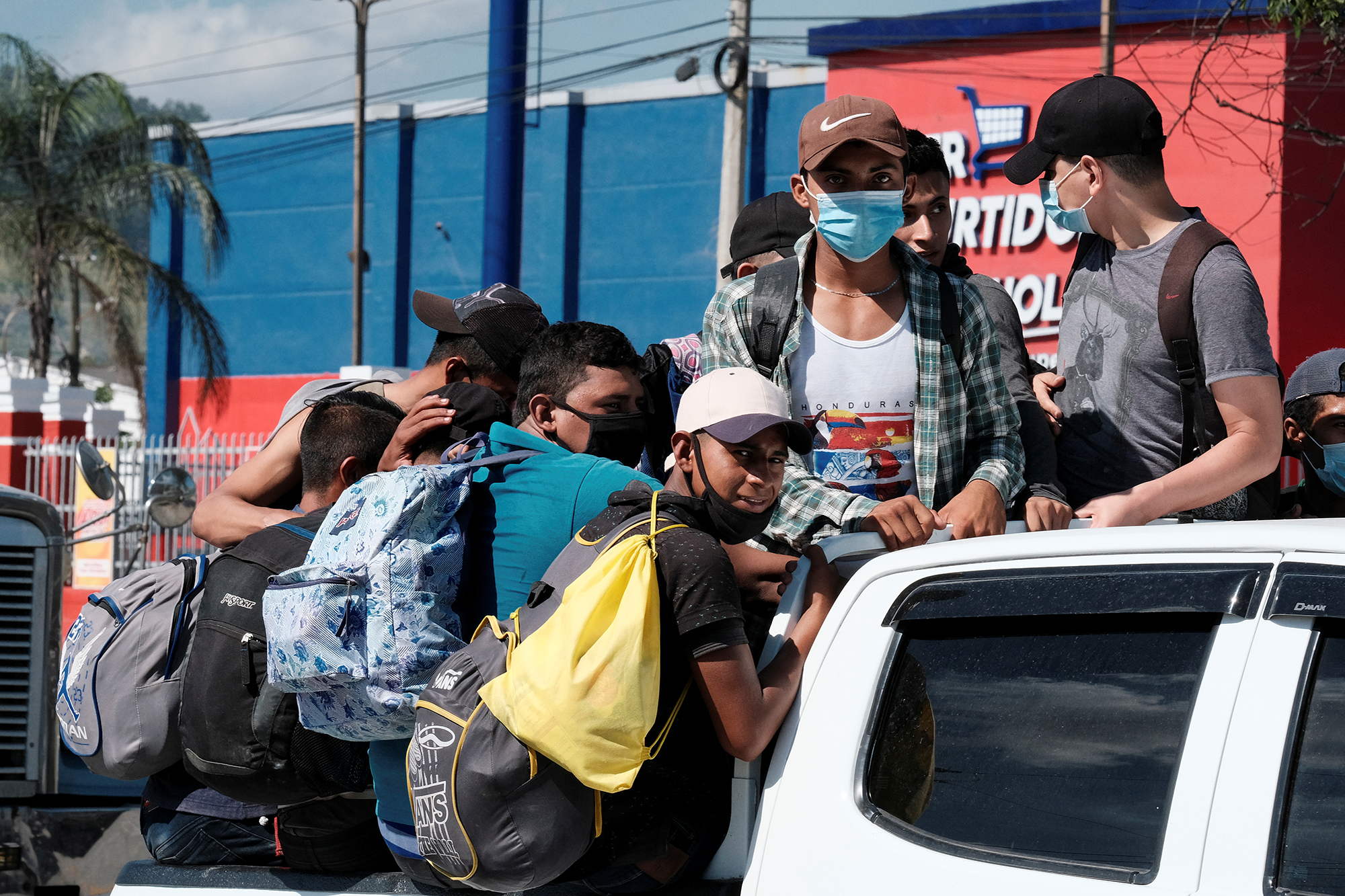 The president of Guatemala warned Monday that a possible new migrant caravan was forming in Honduras.

President Alejandro Giammattei said the country would crack down on open-air gatherings and non-permitted demonstrations due to the burgeoning caravan.

The so-called “state of prevention” announced by Giammattei would restrict such get-togethers over the next two weeks in five Guatemalan provinces that border Honduras.

In a statement to the Associated Press, the Guatemalan government said that the measures are necessary because “groups of people could put at risk the life, liberty, security, health, access to justice, peace and development” of Guatemalans.

Guatemala issued a similar decree this past January in a bid to stop another caravan on the grounds that it posed a public health risk due to the coronavirus pandemic.

The attempted crackdown led to clashes between Guatemalan police and soldiers and a group of about 2,000 Honduran migrants at a roadblock.

Several caravans of Central American migrants, many of them from Honduras, have tried to reach the U.S. border via Guatemala and Mexico, but none have succeeded in doing so since 2019.

The latest Guatemala restrictions come amid a surge in the number of migrants attempting to cross the U.S.-Mexico border.

In February, American authorities encountered more than 100,000 migrants at the southern border, the most since 2019.

Robinhood, brokerage at heart of Reddit rally, files for IPO