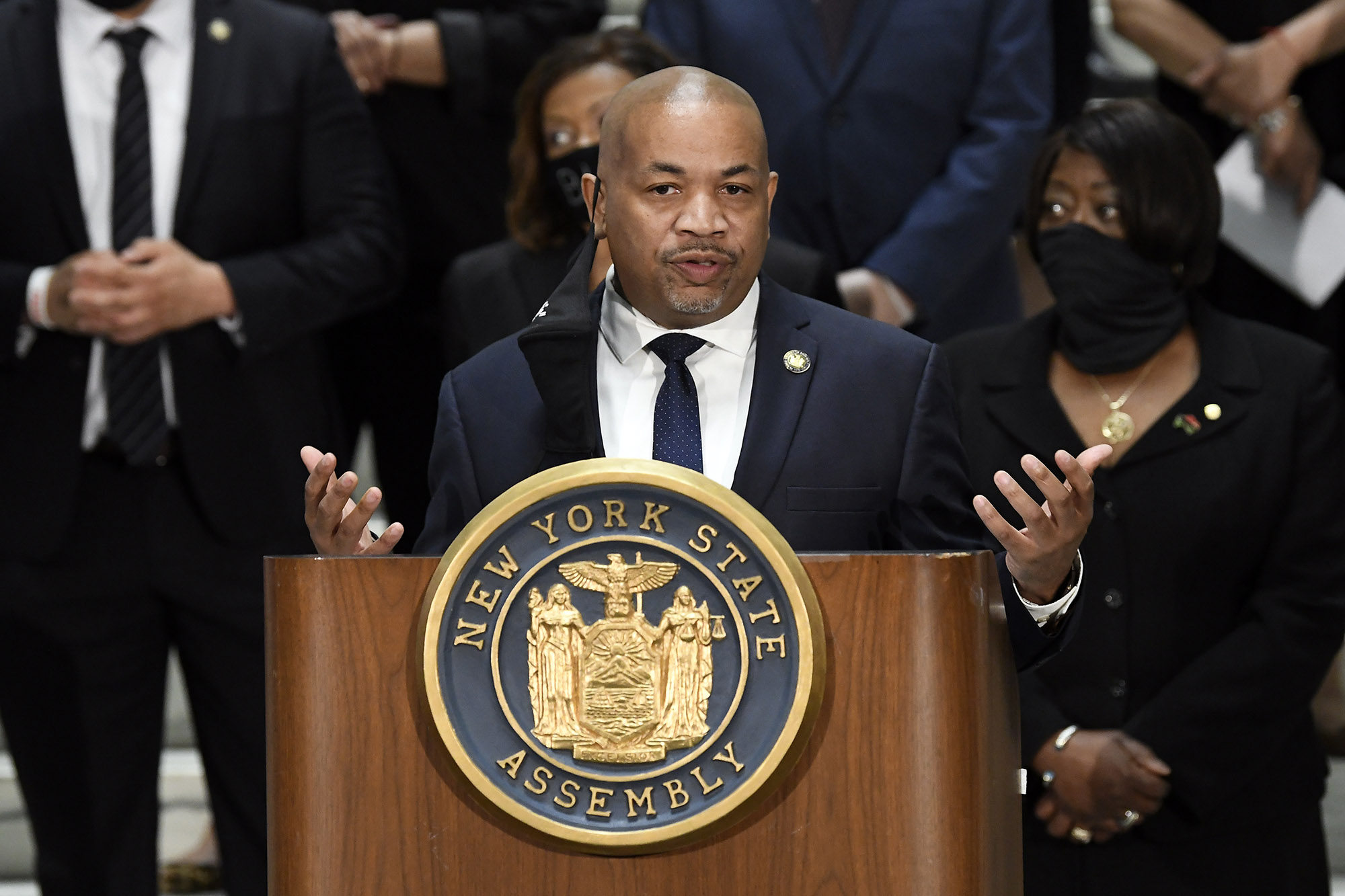 Assembly Speaker Carl Heastie last week authorized an impeachment investigation of Gov. Andrew Cuomo — but sure looks like part of a larger stall.

There’s zero reason to delay impeachment hearings on Cuomo’s deadly nursing-home mandate and his corrupt coverup of the toll. Every one of the dozens of Democrats who’ve called for the gov’s resignation should insist that those hearings start at once.

In public, Heastie pretends to stand on principle. But in a private four-hour video conference call with the Democratic caucus last week, he urged his fellow Dems not to draft any articles of impeachment, since “people get accused of things,” referring to the sexual-harassment allegations.

Right: Vetting all that will take time. But while it needs doing, Attorney General Tish James is on the job. Yet Heastie has hired an outside law firm to go over the same ground — when this is work the Legislature doesn’t need to do.

The nursing-home outrages are more than enough to justify removing the gov. Plenty of officials will gladly testify about being muscled into the coverup, which Team Cuomo has admitted to.

Yet the speaker also wants the inquiry to include the harassment allegations and claims that contractors used faulty bolts in the Mario M. Cuomo Bridge. Throw in enough kitchen sinks, and the probe will never end.

The women who have accused the governor deserve to be heard, and will be. But their voices aren’t needed to remove him from office.

Many Iowans Are Uncomfortable With a New Voting Restriction, Poll Finds

Derek Chauvin jury back to 9 after two more panelists seated

Derek Chauvin jury back to 9 after two more panelists seated

How the next mayor, chancellor can fix NYC’s broken schools